Chairman of the Board of Directors

Chairman of the Management Board

Management of Intergas Central Asia, JSC held the staff meeting to review and sum up the results of the company’s activities in 2018. 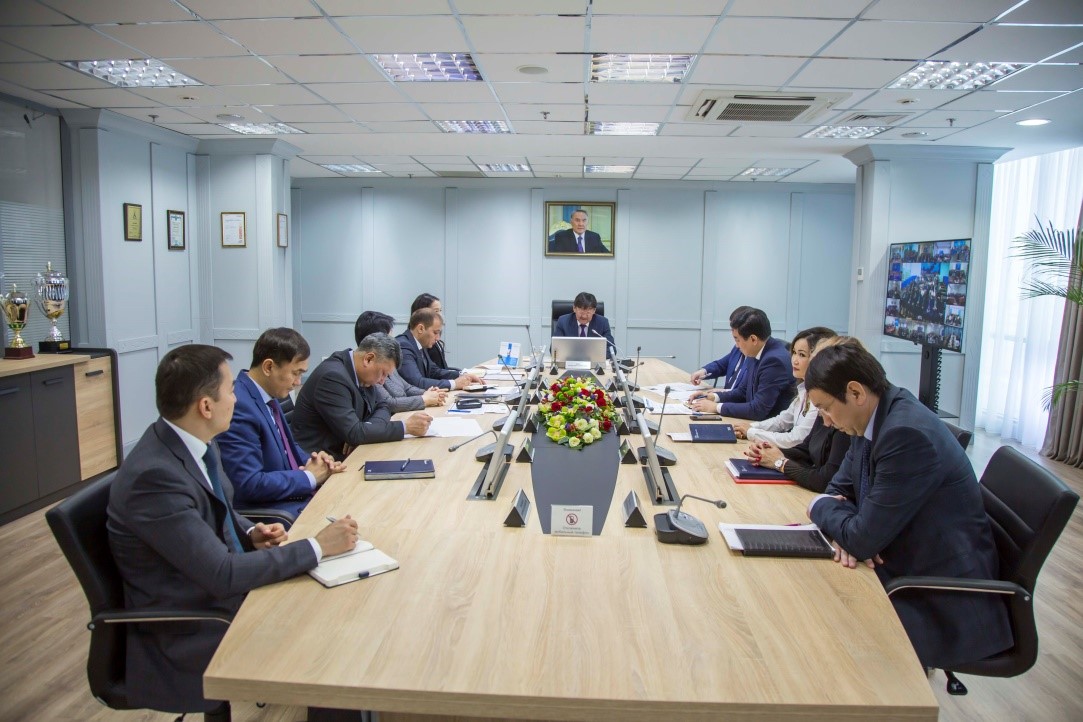 The reporting speech was delivered by First Deputy General Director Mukhatay Shanbatyrov who stated the most significant events in the elapsed year and outlined the development prospects for the company for the current year.

The major development of the last year was set forth by the Resolution of the Government of the RK regarding the granting to Intergas Central Asia, JSC of the status of the National Operator on the main gas pipelines of the Republic of Kazakhstan.

In addition, at the PARYZ-2018 Contest for Social Responsibility of Business, the company was honoured with a Grand Prix awarded in nomination for Contribution to the Environment and a Premium of the President of the RK. In relation to the Excellence Model of the European Foundation for Quality Management (EFQM), the new performance level was attained and verified with the Certificate for Recognized Excellence, 5 stars.

The result worth to be marked in the production sector is the completed within the shortest time possible, construction of 3 compressor stations on the main gas pipeline Beineu-Bozoi-Shymkent, which provides for a possibility to increase the throughput capacity of the gas pipeline section Bozoi-Shymkent from 10bcm to 15 bcm of per year.

Mukhatay Shanbatyrov further dwelt on the year performance results of the main business activities of the company. Thus, the execution of the Production Program in terms of gas transportation volumes in 2018 amounted to 116% of the planned target of 69,294 million m³, or 80,135 million m³, in physical volumes.

The actual increase of transmission by 10,841 million m³ is spread between the following activities:

• domestic gas transmission, that reached 107% level from the planned volumes, where the extra 874 million m³ relate to the growth of the regional gas consumption in the RK;

• gas exports recorded at 106% of the planned target, where the increase by 1,076 million m³ is mainly conditioned by the growth of export supplies of gas to the PRC and some extra off-schedule exports to Uzbekistan;

• international transit totaled to 123% from the planned one, with 8,890 million m³ increase coming from the gas flows rerouting managed by Gazprom PJSC (increase of Russian transit).

The net profit of the company in 2018 compared to the projected one increased by 24%. 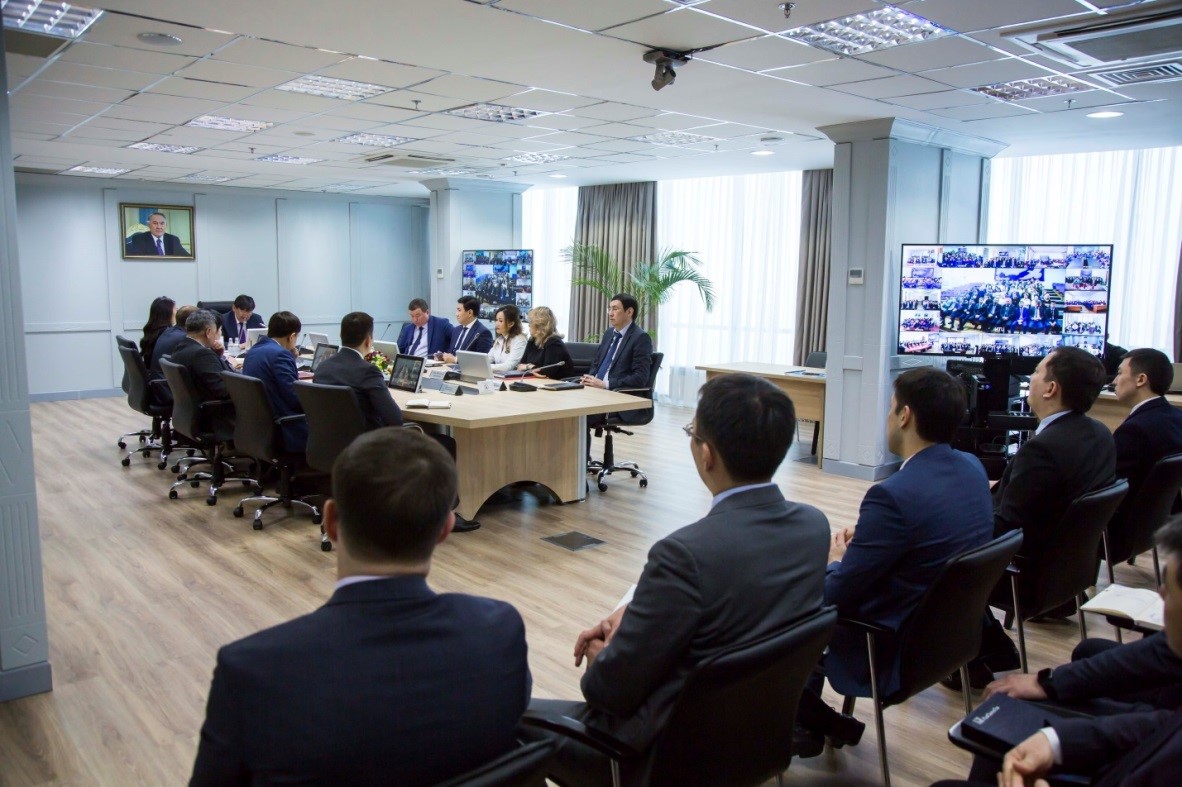 In 2018, the company personnel, in particular, 12,229 employees were trained under advanced upgrading training and professional retraining programs. At the premises of the own Vocational Training Facility the workers were provided with short-term courses for targeted training and distance learning, in addition, for training purposes there were held site visits of the teachers to the production units locations.

In June 2018, the final round of the professional skill contest, Uzdyk Maman-2018, was held presenting a challenge to 117 participants of 15 working professions. As a result of the contest, 45 short-listed prize-winners were selected who for one calendar year, received an individual remuneration in form of make ups to the base salary at the expense of the company. 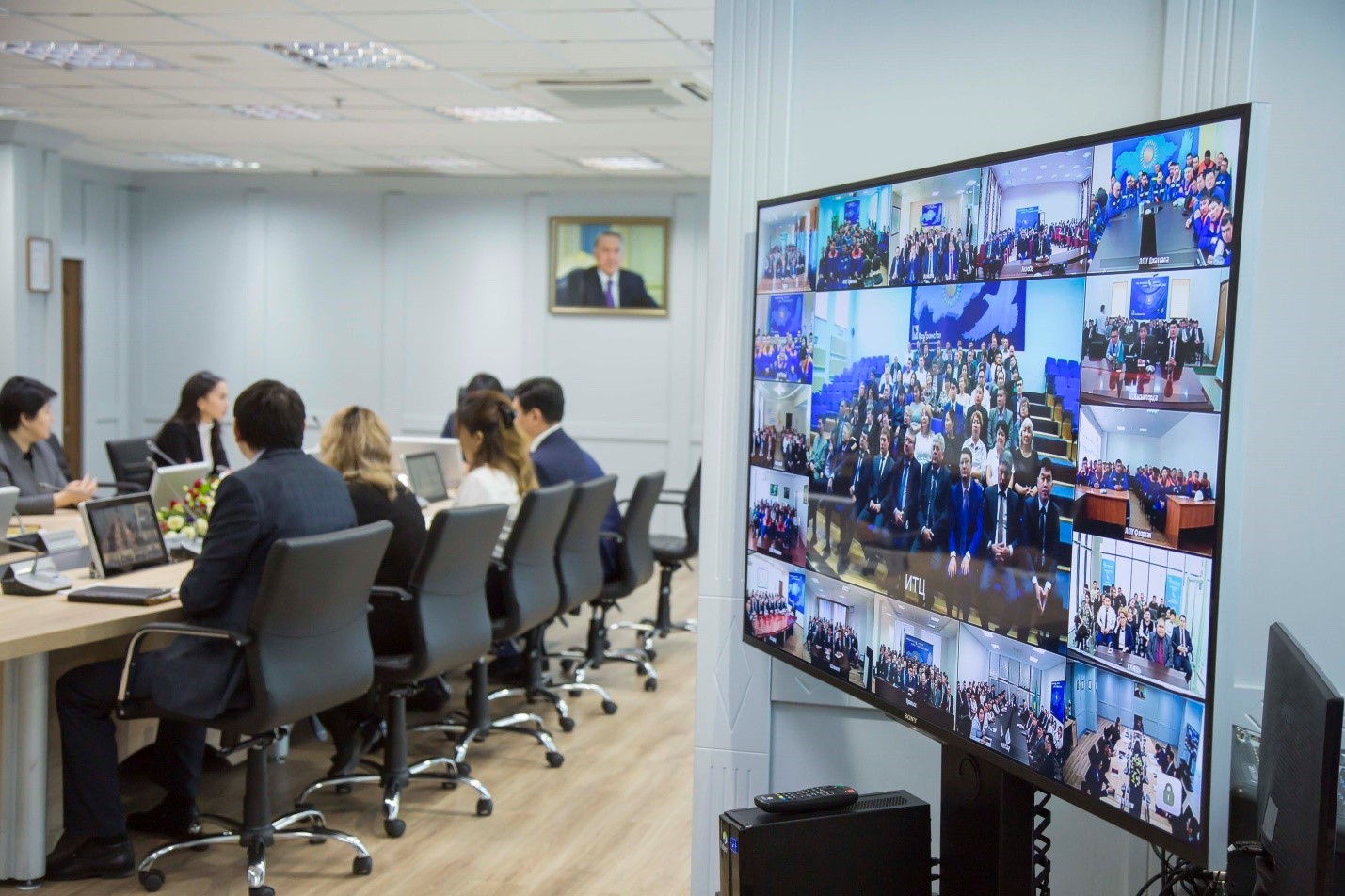 In closing of the meeting, Shalkar Mazhenakov, Chairman of the Trade Union of Intergas Central Asia took floor on behalf of the employees and noted that since the signing of the Collective Agreement, all its provisions had been executed in timely manner, immaculately and in full. Apart of the stable salary indexation, the management of the company has been concerned with establishment of safe working conditions, professional growth of employees, health improvement and treatment of the staff, organization of leisure for employees and their families. The Trade Union chairman thanked the Company management for the collaboration aimed at both, achievements in production area and social support of the personnel.