Chairman of the Management Board

Chairman of the Board of Directors

1. On 11 December, 2018 Intergas Central Asia, JSC was honoured with a Grand Prix awarded at the PARYZ Contest for Social Responsibility of Business in nomination for Contribution to Environment. The ceremony with awarding the ALTYN SAPA and PARYZ Prizes was held with the participation of the Kazakhstan President, Nursultan Nazarbayev on the eve of the country’s Independence Day during a teleconference dedicated to the Day of Idustrialization. The well-deserved award was handed by the Prime-Minister of the Republic of Kazakhstan, Bakhytzhan Sgintayev.

Intergas Central Asia, JSC is the national operator of the gas transportation system of the Republic of Kazakhstan. Environmental protection and implementation of environmental programs form an integral part of the company's business operations, paying off in an annual staged decrease of the negative impact on the environment.

Over the past few years, Intergas Central Asia has successfully implemented projects allowing to significantly reduce the air pollutants and greenhouse gas emissions. 2. In September 2016, at the event in Vladivostok (Russian Federation) held within the XIV Congress of the Asian Quality Network, Intergas Central Asia, JSC received a high award from one of the leading international organizations, namely, the Asian Network For Quality for its outstanding achievements in such categories as the quality management, personnel management, social responsibility and the quality of services provided. The award was received as in evidence and recognition of the company's success in standardizing quality management reagrding its activities in the area of gas operations, transportation and supply carried out with the direct participation of KazTransGas, JSC. 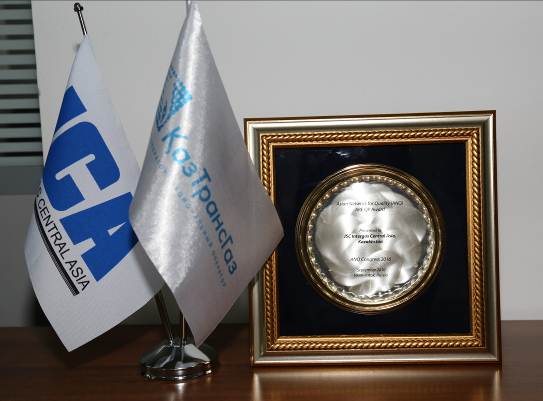 3. Held on August 21, 2014 in Astana in the Palace of Independence of Kazakhstan on the occasion of the International Economic Forum of business leaders in the national economies of Kazakhstan, Russia, Azerbaijan, Belarus, and Ukraine, the National Business Rating of Kazakhstan awarded the company "Intergas Central Asia" with the Order of the ‘Star of Glory. The Economy of Kazakhstan’ as well as the national certificate and the medal ‘Leader of the Industry 2014’. 4. On 2 December, 2012 in Brussels, Belgium, the European Society for Quality Research – ESQR, awarded Intergas Central Asia, JSC with the trophy of International Diamond Prize for Excellence in Quality which signifies the company’s commitment to the highest quality.

The European Society for Quality Research, ESQR, supports the promotion of quality, recognition of the state of the art business experience, technological innovations while strengthening worldwide achievements in quality and advertising success story strategies. 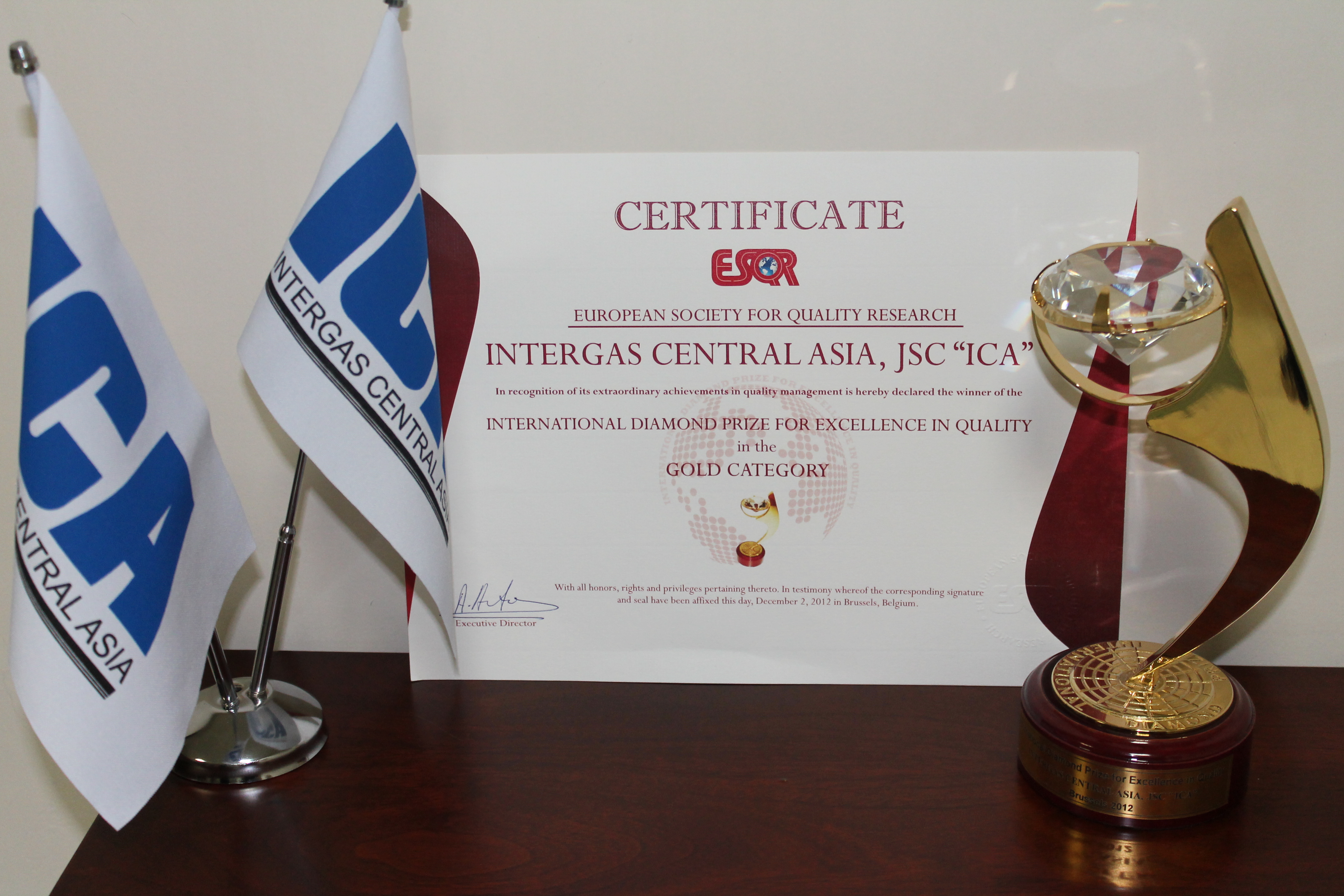 5. In October 2010 during the Oxford Summit of Leaders “Bigger Europe: New Framework for Relations with the Eastern and Southern Neighbor-Countries”, following the nomination by the Council of Experts of Europe Business Assembly, the Intergas Central Asia was granted supreme awards in the nominations ‘The Best Enterprise’ and ‘The Best Top-Manager 2010’. Europe Business Assembly was founded in 1998. Today, Europe Business Assembly is non-governmental organization working towards promotion and implementation of projects facilitating economic and social regional development in the countries of Europe, Africa, Latin America and former Soviet Union.

In the past years various companies from Kazakhstan received prestigious awards and prizes of the EBA. The supreme award of Europe Business Assembly is the evidence of recognition of the company’s achievements in provision of qualitative services. Acceptance of the prestigious award testifies the economic reliability of the company with a high level of its social responsibility that is a distinguishing feature of a leader. 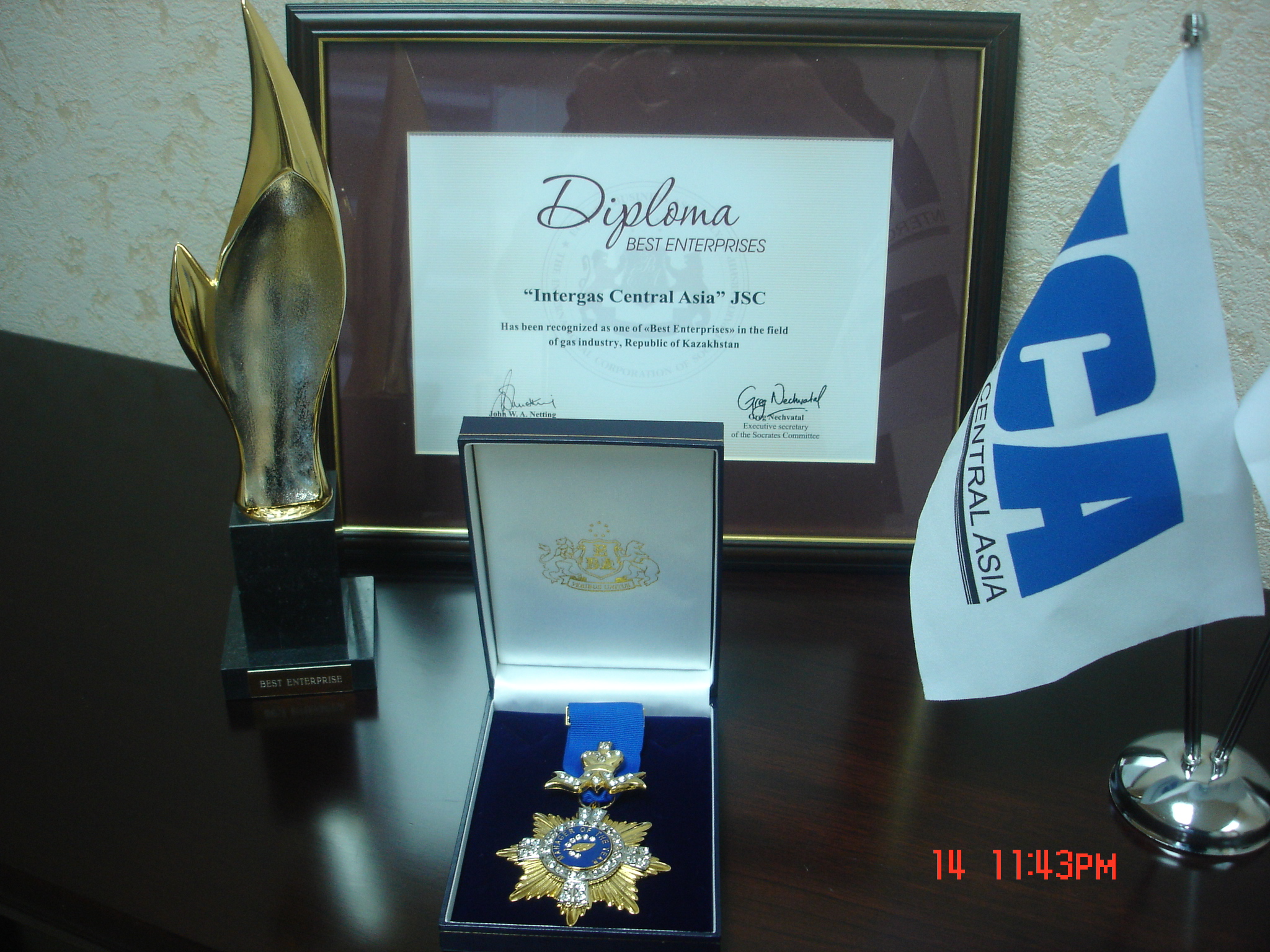